The Network Node Manager i monitoring system helps A1 to monitor the health of its IP transport network, prevent and resolve incidents, and improve the quality of services provided to customers. 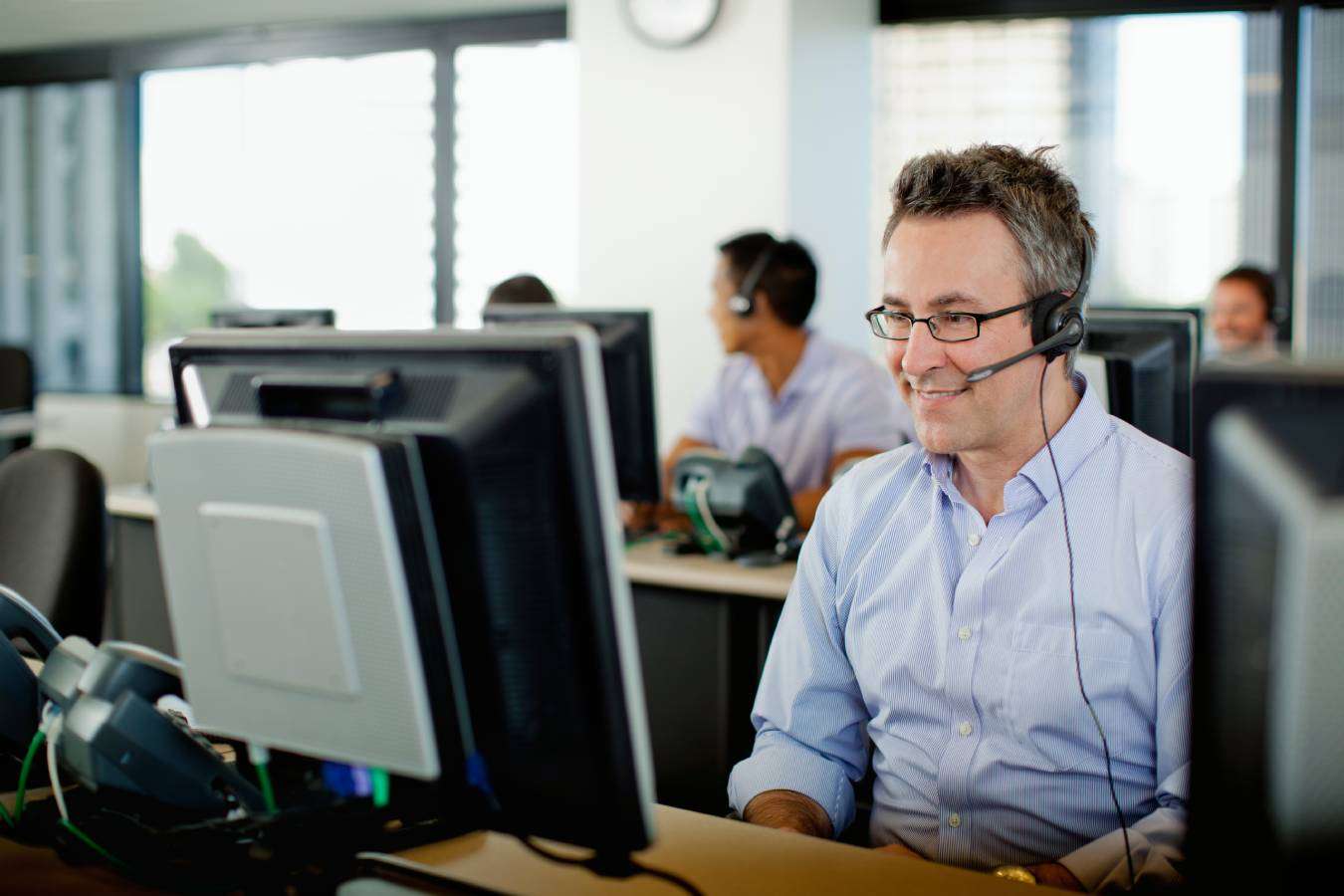 After acquiring several telecom operators, A1 needed a unified monitoring system capable of controlling both mobile and fixed-line networks.

A1 (Unitary Enterprise A1) is a telecommunications, ICT and content services provider in Belarus. The company began its commercial activities on 16 April 1999, becoming the first mobile operator in the country to be GSM standard compliant. In November 2007, the company joined the A1 Telekom Austria Group, the European subsidiary of the multinational holding América Móvil, one of the world’s largest wireless service providers. Until August 2019, the company conducted operations under the brand name velcom.

A legacy of its incarnation as velcom, A1 used SolarWinds to monitor the behavior of approximately 1800 Cisco networking and telecommunications devices on its transport IP network. Micro Focus Network Node Manager i (NNMi) monitoring system was introduced following the acquisition of the Belarusian fixed-line operator Atlant Telecom in 2016. With the help of NNMi, its employees monitored approximately 5,000 elements – devices from various manufacturers on the transport IP network, which is very typical for fixed-line companies.

“To decide which of the systems should be developed as our single monitoring solution, the company’s procurement department organized a tender”, recalls Denis Strikharchuk, Head of Transmission Network Operation Department A1. “We needed to choose between SolarWinds and Micro Focus. The tender primarily estimated the total cost of ownership (TCO) of the systems over a five-year period, taking into account the likely development of the network and the addition of new elements to it. The result of a comprehensive TCO assessment was that the NNMi system won the tender.”

When choosing a product, the provider’s specialists particularly evaluated, the time needed to localize incidents and the ability to automatically build a network topology.

“One of the benefits of NNMi is the ability to visualize the network topology. This feature was lacking in SolarWinds. It greatly simplifies the incident resolution, as well as finding and identifying problems that arise within the network. Data collection from network elements is performed using standard SNMP capabilities.”

Soon, monitoring using NNMi tools covered the entire A1 network. Later events confirmed that the company had chosen the right product. In the course of expansion, the firm acquired a number of operators (Home Network, Garant in Gomel, etc.). The NNMi system made it easy to take control of the acquired companies’ network elements.

A Tool for Preventing and Resolving Incidents

Now, A1 controls over 22,500 elements of the IP transport network with the help of NNMi. The NNMi system helps to successfully solve the main tasks of network operation, including control over the utilization of its elements, round-the-clock monitoring of device operation, processing incidents and analyzing the situations that caused them, and handling customer requests.

“The Network Operations Center has a small team with a wide range of tasks,” notes Denis Strikharchuk. “NNMi helps to prioritize the network and keep it running smoothly while avoiding major disruptions. This is very important because we have many fixed-line subscribers. The fixed-line network is more sensitive and is subject to more demanding operating conditions than the mobile communications network where if one of the cell towers fails, users are automatically switched to other towers. If fixed-line clients lose access to the Internet, they immediately call the hotline. For this reason, we first need to focus on preventing incidents and, if they do occur, we must resolve them quickly.” When serious failures occur, the analysis of monitoring data informs decisions on the dispatch of emergency teams. Understanding what happened and where makes it much easier to choose ways of correcting the malfunction.

According to Denis, the product allows you to combine several related incidents into one large incident and send a single notification, which is used as a basis for deciding how and with which resources the incident should be resolved. “With NNMi, it is possible to establish which incident is the parent (main) and which is the child, and based on this, we can decide which actions need to be implemented.”

“The NNMi system helps us to identify problems efficiently and categorize them automatically, which in turn allows us to quickly understand whether we are facing a major event or a minor one,” explains Darya Kaptsiuh, an engineer in A1’s Backbone Network Operation Group. What is important is that the monitoring system helps to not only resolve incidents but also prevent them. “NNMi allows you to detect the signs of impending problems,” continues Darya. “We have configured NNMi alerts to find potential network weaknesses that need to be checked. We also monitor port utilization: when a certain load level is reached, the NNMi system alerts us and helps to spread the load over time. We also have other ways of identifying possible problems.”

Initially, NNMi was deployed on a separate server running Windows Server 2012 R2, but it was then moved to a virtual environment. Over time, the configuration inherited from Atlant Telecom was supplemented with the Micro Focus Network Performance System (NPS) monitoring modules, and the automatic tracking of configurations and their changes was supplemented with Micro Focus Network Automation (NA). The NA module is also used as a tool for automating various operations for setting up and configuring communication devices, monitoring regulatory requirements, and compliance with information security policies.

“NPS processes performance data and provides visualization, while NA allows you to automate tasks and enforce policy rules on individual devices to ensure that configurations meet our standards,” explains Darya. Around 15 employees are direct users of NNMi. It is most commonly used by specialists from the Network Operations Center (NOC). In addition, the product is used by the network maintenance team and the core network operations team. Individual NNMi functions are also available to the technical support team, which enables delegation of the simplest operations, reducing the burden on the network management staff.

Effective Monitoring of a Large-Scale Network

Thanks to the transition to NNMi, A1 has successfully implemented convenient and effective monitoring of a large number of devices. The ability to send notifications about incidents means that these can be addressed and solved.

“By retiring software tools from other manufacturers, we have significantly simplified license management and reduced the time and resources spent on their renewal,” says Denis Strikharchuk.

“Against the backdrop of the general trend toward savings, we continue to renew licenses for Micro Focus products because we consider them effective. They help us better understand how our network works and what is happening in it.”

“By switching to NNMi system with its customizable visualization tools, we have significantly improved our understanding of the real structure of the network, its constituent elements, and the connections between them: the network has become more transparent and visible. The implementation of NNMi has made it possible to predict the occurrence of some problems and has significantly reduced downtime when solving incidents. As a result, the quality of services provided to our customers has increased.”

“One of the advantages of NNMi, when compared with our separate previous solutions, is the ability to visualize connections between network elements and manually configure this visualization,” notes Vasily Vorohobko. “Another important advantage is the ability to combine network elements into logical groups with a common functional purpose. This greatly simplifies both network management and incident resolution.”

A1 has plans to expand its use of automatic notifications to situations including configuration changes and the connection or removal of network elements.. “It should be noted that there are tools for backup and comparison of configuration and policies, as well as a breadth of variety in the NNMi settings,” adds Darya Kaptsiuh.

“In the near future, we plan to update NNMi and NPS because we know that functionality has been significantly expanded in new versions with promising opportunities being introduced to allow you to automate network maintenance operations,” continues Darya. “Following the transition, we will probably start using the new OPTIC Data Lake, as well as scripting languages and other interesting product features.”

“We hope that new versions of our Micro Focus solutions will provide an even clearer picture of what is happening in the network, monitor all key events effectively, and if possible, prevent problems. All this will help improve the quality of our work, speed up the detection of incidents in the network, and result in further reduction of total downtime,” adds Vasily Vorohobko.

The possibility of expanding the list of alerts for situations requiring the attention of network operators is also being explored. Furthermore, there are ongoing discussions regarding the possibility of automating the distribution of staff teams to handle incidents.

A1 is also looking at how to address its growing need to integrate network equipment used by Chinese companies. “In many countries of the world, telecom operators are switching to Chinese equipment because it offers good value for money and it also supports 5G technologies,” explains Denis Strikharchuk. “We hope that the new versions of Micro Focus’ network management solutions will make it easier for Chinese vendors to integrate their products into the company’s network.”