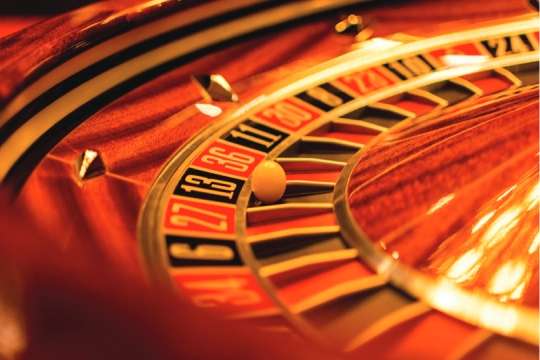 Outcomes
+ Provided a visual representation of the stream hierarchy in the StreamBrowser to communicate change and dependencies
+ Introduced automated merging capabilities, which allow everyone from the same stream to work on the same part of the code without fear of major merge conflicts
+ Provided the ability to map out the entire testing lifecycle by stream so that they can be positive that the code has passed tests at each step of the process

To offer consistent and excellent online service, bug fixes and new features have to make it out the door on time without the risk of introducing any new defects or regressions.

When it comes to software development in the online gambling industry, the stakes are high. Any bug or glitch in the code could mean a real loss for both the gaming company and players. With so much on the line, bug fixes and new features have to make it out the door on time without the risk of introducing any new defects or regressions. To ensure this level of quality and responsiveness, bet365 relies on AccuRev for their version control solution.

bet365 has over 150 software developers in its organization using AccuRev across all development teams. These teams range from internal IT tools and database teams to the teams working the customer-facing website, all of which are critical to bet365’s business. Most of the teams develop using Microsoft .Net, but Java and other technologies are also used. The standalone AccuRev client is used along with AccuBridge within the IDE. Additionally, their tools include JIRA, Remedy, and a number of custom tools.

“We put out a high volume of releases per week. Without the productivity gains AccuRev has provided, that level of volume would not have been possible.”

Founded in 2000, bet365 is one of the world’s leading online gambling groups with over nine million customers in 200 different countries. The group employs over 2,000 people and is the UK’s seventh largest private company.

bet365 began using AccuRev to manage the versioning of their software assets as their existing tool was unable to scale in line with business growth. The team was spending far too much unproductive time merging conflicting code changes. Since then, AccuRev’s unique stream architecture, automation benefits, and steady flow of new functionality have helped bet365’s development organization to scale, in line with business growth, by an average of 46 percent annually.

One huge benefit bet365 reaps from AccuRev is the ability to get features and hot fixes into production on the fly. bet365 uses an emergency stream to stage any of these urgent changes before promoting to production, saving time and money when these changes are mission critical. The changes that are promoted to production then get filtered down through the stream hierarchy so that costly regressions are not introduced later. The flexibility of AccuRev means that bet365 does not have to manage every team the same way. For example, the database team puts all changes through a single stream, but the website teams can have multiple streams on a release, feature, or issue. Furthermore, these teams can use varied development practices without being restricted by the tool, so the best approach can be used for each project.

“AccuRev fits well with our business processes and enables us to change and create new processes. With any other tool, I don’t think we’d be able to map our process directly to the tool the way we can in AccuRev.”

bet365 also takes full advantage of the visual representation of the stream hierarchy in the StreamBrowser to communicate change and dependencies. All developers can easily pull up the StreamBrowser to understand the relationship that the stream they are working on has to the entire development process and which changes have been included in each stream.

Because of AccuRev’s automated merging capabilities, bet365 can have everyone who is working on the same part of the code working from the same stream without fear of major merge conflicts. All developers working on a given stream can automatically inherit changes to their private workspaces when their fellow developers commit or promote their changes to that stream. This allows developers to work on different issues in the same part of the code to be kept up-to-date with everyone’s changes so that manual merges occur less frequently.

Because streams are easy to create and maintain, bet365 is able to map out the entire testing lifecycle by stream so that they can be positive that the code has passed tests at each step of the process. Developers simply open the StreamBrowser to see at what stage their code is.

Auditing code changes is crucial for bet365 as regulations tighten throughout Europe and other markets, and AccuRev’s TimeSafe architecture guarantees that a perfect history of all changes is kept at all times. bet365 often prefers to write their own tools when needed. They are able to fully integrate their own tools in with AccuRev so that they can truly customize the tool to work the way they want.