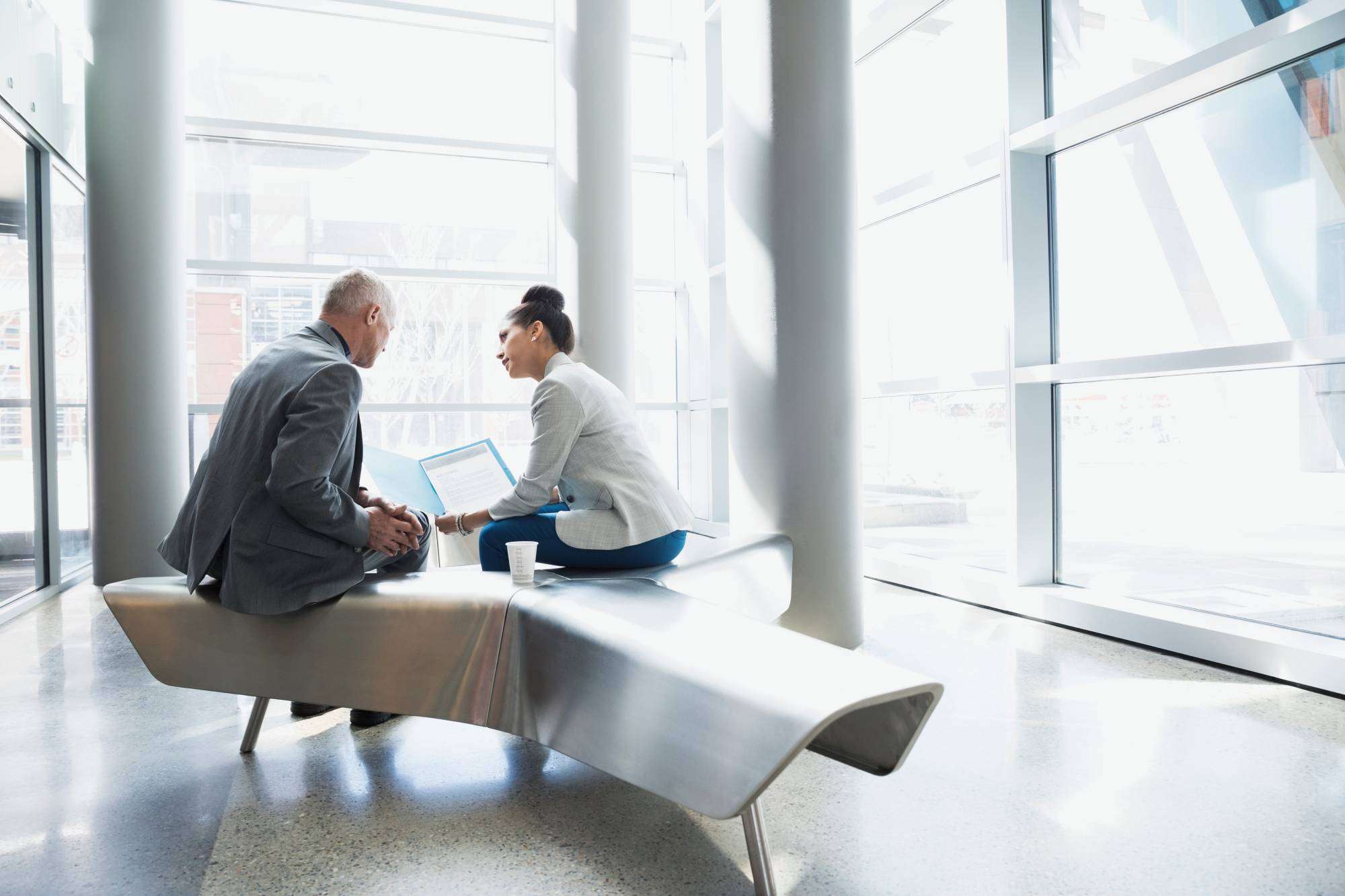 To secure reliable, automatic backups with the ability to quickly recover data that has been accidentally deleted.

Gutenberg Rechenzentrum (GRZ) has been a leading IT service provider for the media sector since 1970. With offices in Hanover and Leipzig, the company operates throughout Germany.

The portfolio of services offered to publishing houses and newspapers range from the design and maintenance of innovative IT systems, through the provision of suitable hardware platforms, to software advice for SAP. This results in close cooperation with the newspaper publishers with regard to practical IT solutions that play a major role in digitizing the publishing processes. The business core focus is its software solutions VI&VA and eVI&VA. These solutions are already used by more than 40 publishers.

The company, which employs just over 100 people, also advises its customers on the optimization of IT-driven business processes and takes on tasks ranging from the development of individual software solutions through to providing and operating complex IT infrastructures including servers, networks, storage and backup.

“For daily newspapers and magazines to be punctually printed and delivered, there is a heavy reliance upon frequent, reliable and automatic backups of all the necessary data,” explains Klaus Neffgen, head of infrastructure at GRZ.

Regardless of the various storage solutions, GRZ has used Data Protection to this end for several years.

In the past, this ensured that all data, whether from the file systems, Oracle or Microsoft SQL databases, was quickly available to the individual departments even in the event of a system failure. “Thanks to Data Protection, this has worked brilliantly,” comments Neffgen.

Until a few months ago, the data was initially stored on a NetApp Virtual Tape Library. This had become somewhat outdated and it was no longer able to manage the increased data backup volume.

“One of the most important things was for us to significantly reduce the time required to recover and reintegrate data. The reason for this is not so much the risk that hardware could suddenly break and data could be lost, but rather that end-users often delete data accidentally and then need it again quickly. For example, because a newspaper is about to go to print.”

With the former backup systems, it used to take a long time to reach the right place on the backup tapes and then restore and reload the data – in extreme cases even one or more days. Neffgen and his colleagues, therefore, researched all possible avenues to find an alternative, inviting several service providers to workshops.

During these workshops, the option of buying a new tape library was also considered but quickly discarded. According to Neffgen, one of the things that ruled out this solution was the high energy requirement: “In view of the electricity costs, a new tape library would only have been worthwhile if we had a higher data volume. With our 70 terabytes of data and data growth of around 10% a year, this solution would not have made financial sense. Furthermore, we would not have reduced the data recovery times.”

“The data volume for full backups has fallen to 20% of the original volume. In other words, investing in the Data Protector software with an integrated HPE StoreOnce system has enabled us to vastly improve efficiency.”

Gutenberg Rechenzentrum has replaced its tape library with HPE StoreOnce systems, and integrated with Data Protection software. Data deduplication means that backups are now quicker and more efficient. Older data, in particular, can be recovered far more quickly with the disk-based solution.

GRZ, therefore, sought a hard-drive-based backup solution with data deduplication and replication. When using deduplication, information units are compared to detect duplicates and each unique data segment is stored once. To this end, a deduplication module uses mathematical hash functions to assign each data unit a unique ID. If two data units are identical, the system replaces the duplicate by linking to the original unit.

Neffgen and his colleagues were promised that deduplication would reduce the data volume to be stored and thus enable quicker data replication. This was based on the theory that the data flow with a deduplicated backup only contains the unique documents and references to the duplicated segments. The necessary network bandwidth is, therefore, reduced.

But the reality was different. The first few data deduplication solutions tested by the company did not result in the desired reduction in data volume: “With these solutions, we would still have had to retain around 80% of our data volume during full backups. In effect, we would have gained little as a pure hard-drive-based solution would not have been possible,” recalls Neffgen.

Only the workshop with the Hewlett Packard Enterprise partner DTS Systeme, who had been GRZ’s contact in relation to Data Protection for years (prior to Micro Focus acquisition of HPE Software), finally brought about the desired volume reduction: DTS Systeme presented the latest version of Data Protection with HPE StoreOnce Backup.

The latter enables comprehensive deduplication at any location (whether in the application server, backup server or target appliance), precisely where it is most economical. This is because the deduplication algorithm at the heart of the HPE StoreOnce technology is fully integrated into the backup and recovery process and not linked to a hardware platform or an operating system.

The two-month trial of an HPE StoreOnce Backup system with Micro Focus Data Protection, on which GRZ saved its live data, provided the necessary confidence: the data volume for full backups fell to less than 20% of the former volume.

“It became clear to us that investing in Data Protection and HPE StoreOnce Backup would enable us to hugely improve our efficiency,” comments Neffgen.

DTS Systeme worked with the experts from GRZ to install the solution in the existing infrastructure and provide the necessary customer-specific modifications. As a result, there are now two HPE StoreOnce 4700 at the head office in Hanover, each with a data volume of 100 terabytes.

The Potsdam and Göttingen offices, on the other hand, each have one HPE StoreOnce VSA with a data volume of 10 terabytes for the federated data deduplication.

At GRZ, the backups from the branch offices in Potsdam and Göttingen are also replicated to the Hanover head office. In doing so, only the deduplicated data and the data blocks unknown on the target system are sent. This leads to shorter replication times and more efficient, lower cost data transfers.

“The cooperation with DTS Systeme went very well. The specialists could be contacted quickly in the event of questions and the communication channels were short,” praises Neffgen. “The backup solution was put into operation after just four weeks.”

The solution is centrally managed from Hanover. “Once set up, the backups are extremely stable. When used in conjunction with Data Protection, HPE StoreOnce is a kind of black box for us and practically takes care of itself,” comments Neffgen, pleased at how little administrative work is required.

Data is stored in the Gutenberg data center as required. Currently, almost every system is incrementally backed up every day and a full backup is conducted once a week.

“For GRZ, the more important factor is that data which end-users have accidentally deleted can now be recovered and reimported far more quickly. “The joint solution enable us to recover data in a matter of minutes so that it is available to end-users again more quickly. We have already availed of this on several occasions and the solution works brilliantly,” says Neffgen.

Another advantage: image backups of the virtual systems only used to be made sporadically and were stored on the central disk storage system. It was previously not possible to use the Data Protection software for this as there was not enough space in the tape library. Thanks to the deduplication of the HPE StoreOnce Backup systems, a virtual machine image now no longer requires additional storage space as the data is already available from the full backups. “As such, we can keep up-to-date image backups without additional storage space, and are better equipped in case of emergency.”