SMAX helps JSC NC KazMunayGas successfully automate IT processes to move from accounting and control of IT department operations to forging business partnerships. 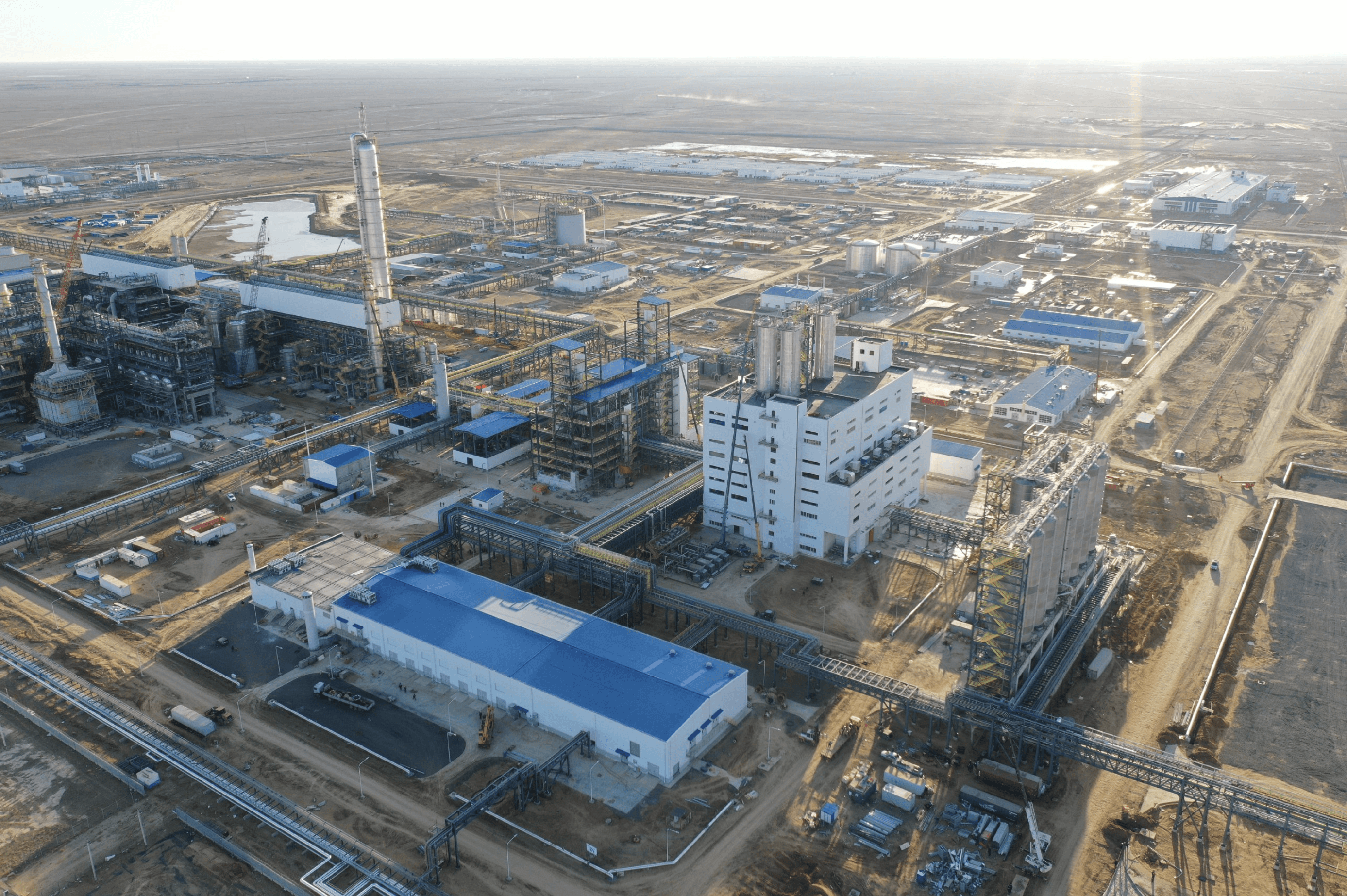 Outcomes
+ Automation of 16 processes within the IT department
+ Integration with ERP, IT monitoring, and other systems
+ Started the transition to the resource service model and objective valuation of the cost of IT services
+ Monitoring of service quality and user satisfaction

Automation of 16 processes withing the IT department

Migrate to a new IT automation toolkit, as the vendor of the product previously used by the company withdrew from the CIS market.

JSC National Company KazMunayGas is the leading vertically integrated oil and gas company in Kazakhstan. It manages assets throughout the production cycle, from hydrocarbon exploration and production to transportation, processing and service delivery. The national company provides 25% of the country’s oil and gas condensate production, as well as 15% of natural and associated gas production. The company’s main pipelines transport 56% of the oil. Its share of the volume of oil refining in Kazakhstan’s refineries is 81%. JSC NC KazMunayGas is one of the “The transition from the previous solution to SMAX allowed JSC NC KazMunayGas to begin large-scale automation of IT asset management and configuration. When we evaluated the capabilities of SMAX, we realized that this was not a problem, but rather a small and relatively easy-to-solve issue.” ALINA ISMAILOVA Leading Specialist in the IT Department JSC NC KazMunayGas largest employers of the country – the number of company employees is over 50,000.

A few years ago, the company faced a difficult situation. ServiceNow, the global supplier of the ITIL/ITSM toolkit that was used at that time by JSC NC KazMunayGas, decided to withdraw from the CIS market. In order to continue automating IT operations and processes, the company had to start preparing for the transition to a new toolkit in 2020.

By that time, JSC NC KazMunayGas had developed internal regulatory documents for 10 processes that covered the previous product, including management of requests, incidents, changes, releases, problems, etc. In addition, there were many extensions and developments based on the old toolkit that needed to be somehow transferred to a new product.

SMAX: a Comprehensive and Promising IT Toolkit

In order to choose a new ITIL/ITSM toolkit at the end of September 2020, the company organized and conducted an open tender in which the Intelligent Step LLP integrator won with the Service Management Automation X (SMAX) product from Micro Focus. The bidders offered various products for IT management automation, with several bidders presenting sketches of projects based on SMAX. The winner was able to offer the most favorable terms.

“The SMAX solution met all the requirements of our technical specification,” explains Alina Ismailova, leading specialist in the IT department at JSC NC KazMunayGas. “We had a rather complex project that required transferring not only our processes, but also a lot of work from the old system to the new one.”

In particular, we needed to integrate with the inventory system, IP telephony, SAP SolMan and transfer more than 30 self-service portal services to the new product, implemented based on the previous toolkit. These features, which had a rather complex lifecycle, were provided to users through the company’s internal portal. For some functions (such as creating or modifying a user account), it was necessary to employ several systems, each with several modules – the necessary data sources – and to ensure a clear sequence and integrity in all the changes made.

The project’s technical specification included transition to the new product of all the existing IT processes of the parent company of JSC NC KazMunayGas, as well as the main IT processes (including the service catalog and management of service requests, changes, service levels, maintenance issues, etc.) of one of its three subsidiaries.

The project team included representatives of the vendor, integrator and customer. The team attempted to complete the main work in three months – from the end of September until December 2020.

In the first phase, the specialists deployed a standard version of SMAX with 12 processes. The next step was to configure the integration components, which was necessary in order to implement a function that was different from the standard SMAX variants. The data was then moved from the old IT toolkit to the new one, and users were trained on the basics of working with SMAX. No additional hardware was needed to deploy SMAX.

In 2021, the project was further developed: SMAX was scaled to five more subsidiaries and affiliates. Each of them formed project teams for this purpose that ensured the implementation of the product. The parent company of JSC NC KazMunayGas was responsible for these projects, which, in particular, determined the general procedure for scaling up SMAX. In 2022, it is planned to expand the project to six more subsidiaries of the company.

The main purpose of SMAX today is to manage and control the IT department operations of the parent company and the IT services of its subsidiaries and affiliates. SMAX now covers 16 IT processes at the parent company of JSC NC KazMunayGas, including management of service requests, incidents, changes, problems and various other functions. It also includes product capabilities for knowledge management and user quality surveys.

In addition, integration with the following software systems has been implemented and configured:

The total number of SMAX users at the moment is around 3,000 employees.

IT asset, project and financial management processes should be in place by early 2022. Integration with SAP ERP will allow the company, among other things, to estimate the total cost of ownership of the solutions used by the company. In addition, it is planned to build a resource service model.

From IT Landscape Automation to IT Department Cost Management

The transition from the previous solution to SMAX allowed JSC NC KazMunayGas to begin large-scale automation of IT asset management and configuration. By the time SMAX was introduced, this was a very important issue for the IT department because it was impossible to buy a module with the necessary functionality due to the previous vendor’s departure from the CIS market.

“By evaluating the SMAX capabilities, we realized that automating configuration and IT asset management is not a problem. On the contrary, it is a small and relatively easy-to-solve issue,” comments Alina Ismailova. “Now the main challenge for us is to assess the cost of the IT department’s services. I am sure that we will achieve this task in the near future.”

The company uses a three-tier IT department service catalog. The top tier consists of the services used in business processes (business services). This relies on the infrastructure services tier. Below this is the tier of services provided by the individual IT components. Assignment (allocation) of services is performed by the business department and by individual users.

“Calculating the cost of a single service is a very important and valuable opportunity for any IT department, and one that we plan to implement using SMAX. I hope that in the next year we can calculate the cost of any service from our IT department.”

Another valuable opportunity for SMAX, notes Alina Ismailova, is conducting user surveys: “Surveys allow us to monitor the quality of services and assess the level of business satisfaction with IT services, which ultimately leads to higher IT KPIs.”

To Be Continued: SMAX Expected to Scale Further in 2022

SMAX opportunities will continue in 2022. The final results of the SMAX implementation project will be announced at the end of the year.

In the near future, the IT department plans to update its internal regulations to bring them into line with updated processes that are automated using SMAX. As a separate and large task, the company is considering implementing calculation of the cost of IT department services.

The company also plans to complete the buildout of its configuration and asset management process in 2022 and provide IT staff with incident alerts. In addition, the IT processes will be implemented that directly impact the KPIs against which the IT department is evaluated. In particular, it is planned to build performance management and the availability of IT services.

As part of further project development, SMAX is also being considered as a toolkit for project management.