With its expansion into the retail energy market, NRG significantly increased its customer base. The larger workload combined with flat IT resources created a host of new issues around managing and securing information assets. 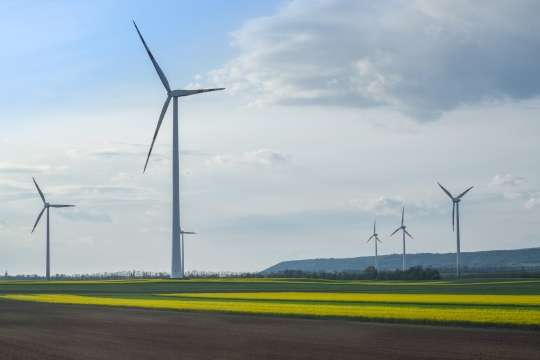 NRG leveraged NetIQ Directory and Resource Administrator and Micro Focus Aegis, along with the expertise of Micro Focus Professional Services, to automate identified tasks and to audit and report on administrative activity.

According to NRG’s project engineering lead, Louis Klubenspies, “We like to say internally that we went from six customers to about 2 million and six almost overnight, because prior to that, we were basically dealing with the regional power grid and had maybe six customers total that we interfaced with.”

Louis Klubenspies knew serious changes were needed to address how IT provisioned and managed its internal and external users – and these changes were needed sooner rather than later. To be successful, Louis realized that he needed to solve a common problem among businesses immersed in sudden high-growth initiatives: How do we get more work done with the same amount of resources without compromising customer service?

“To say it’s a paradigm shift is not an understatement.”

Princeton, New Jersey-based NRG Energy is a Fortune 500 and S&P 500 company that owns and operates one of the largest, most geographically diverse power generation portfolios worldwide.

For NRG, part of the answer was already in place with Directory and Resource Administrator. By introducing Aegis, an IT process automation platform, NRG had a complete solution that resolved a host of new needs. Using Aegis to automate the capabilities provided by Directory and Resource Administrator, NRG was able to quickly scale its IT organization, and achieve service, compliance, and security control requirements in a timely fashion – all without incurring additional system administrative costs.

Not only did this approach help meet new demands on the IT staff, it also reduced the potential for human error while freeing up NRG system administrators to take on more important tasks.

Louis consulted with a number of internal stakeholders to determine the potential areas for automation based on resource impact, time constraints, and overall business value. This analysis led him to focus on several key capabilities, including:

Using the automation capabilities of Aegis combined with Directory and Resource Administrator, Louis was able to automate a policy that ensured all required fields were populated and all the values were validated. A customized template further streamlined the process and enabled secure data input – ensuring the integrity and availability of the data in Active Directory.

“In talking with the Help Desk team, I was able to determine the solution was saving them a full week’s worth of manual work per quarter once the automated attestation process began rolling out,” Louis said.

The labor-intensive task of deprovisioning was made much easier through a custom Web portal used by Human Resources. The HR contact can simply select a name and disable the account. A work order is automatically generated to remove the user from downstream systems once the account is disabled. The automation tool also sends confirmation to the Security group for follow-up and remediation.

“In talking to the Help Desk team, I was able to determine the solution was saving them a full week’s worth of manual work per quarter once the automated attestation process began rolling out.”

NRG needed a solution that would scale quickly and saw an immediate return on its investment with Directory and Resource Administrator combined with Aegis. NRG immediately saved hundreds of hours of monthly manual work through efficiencies gained by leveraging IT process automation with Aegis. It also discovered improved – and demonstrable – compliance with regulations like Sarbanes-Oxley and NERC Critical Infrastructure Protection (CIP) standards.

In addition, people within the enterprise began to notice the improvements, and IT found itself better aligned with the business at large. Ultimately, the new and improved way of working led to greater customer satisfaction. “To say it’s a paradigm shift is not an understatement,” Louis said, “at least not for us.”