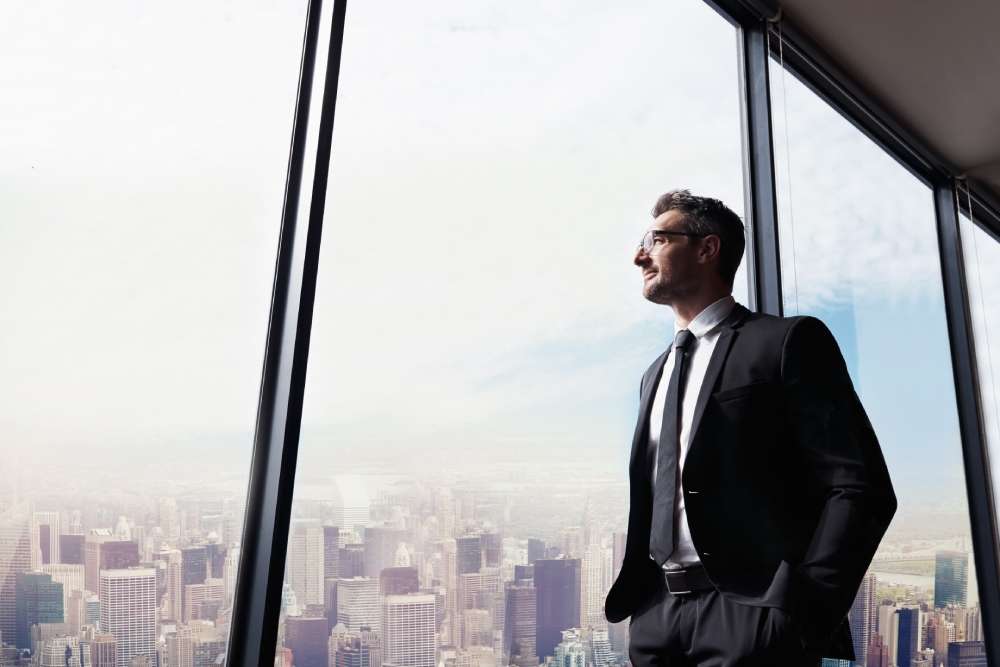 To rationalize and digitize decades worth of paper records to reduce physical storage needs and costs, and increase operational agility

London is famous for its sense of history but in 2012, the city’s borough of Camden realized it was storing too many old paper records. It held thousands of boxes of documents, ranging from tenancy agreements to town planning diagrams, contracts, and even a collection of 35,000 historic illustrations – across eight offices. Lined up side by side on a shelf, these records would have extended for 22,000 meters.

More records were held at off-site storage locations managed through contracts with four suppliers, each with their own rates and service agreements.

“This was a staggering amount, far higher than initial estimates and meant the task ahead would be huge,” says Richard O’Brien, the manager appointed to lead the Council’s Paper Reduction Project. A range of systems were used to manage the Council’s records, making it hard for staff to quickly locate or search records when needed. The amount of paper, related costs and risks were rising each year because not all areas of the Council were following the retention policies and disposing of unnecessary records. In addition, the Council held a wide range of information electronically in multiple databases across its different departments.

“Lack of processes created inefficiencies, with files going missing either because they had been placed on the wrong shelf, or someone had taken them and there was no booking out system,” says O’Brien. “There were also mountains of paper stored all over people’s desks, and these records were stored both as paper and electronically, so which one was the official Council record?” At the same time, the Council was planning to move into a new administrative and community leisure center in July 2014.

The move became the catalyst to identify what records it held and draw up a plan for managing its future storage requirements in a way that would reduce costs and enhance staff productivity.

Camden Council is one of London’s most prominent boroughs, with a population of 235,000 people living in a 22-square-kilometer area north of the city center. It is home to famous locations such as Camden Town, Hampstead Heath, Highgate Cemetery, and London Zoo.

Camden Council moved from storing records in boxes, filing cabinets and disparate databases to one comprehensive electronic document management system (EDMS) based on Content Manager for managing its physical and electronic records. As of late 2016, this system held or tracked 6.15 million digital and physical records. It was actively used by 820 of the Council’s 5,000 staff. The Council also migrated its day-to-day office data to Microsoft SharePoint. This allowed it to move away from shared drives and create organization-wide structures and procedures for teams, which in turn supported better internal collaboration. The Council is also considering how it can use Micro Focus Content Manager to govern its SharePoint content. In addition, the organization provided laptops with Skype to all staff members who moved as part of its relocation to new premises. This has allowed more flexible work practices – including staff members being able to work from home – and has made it possible for teams to access digitized records from any location with internet connectivity.

“These tools have proved to be invaluable in getting teams to ‘let go’ of their paper and start working in a new way,” says O’Brien. “Everyone has a laptop and those teams that are using Content Manager can access their information from wherever they’re logging on. So, they’re not just from working from home – they’re fully agile.”

The cornerstone of the Paper Reduction Project was a campaign called ‘Bin Scan Store’. Over 18 months until mid-2014, a project team that at times grew to 13 people, worked with the Council’s departments to identify what documents they held, decide whether they should be retained, and if so, how to manage them. Records that weren’t needed were destroyed.

“I came across general enquiries that only needed to be kept for three years dating back to the 1930s,” says O’Brien. “There were also boxes that were labeled as one subject matter that had been reused for another, and records marked up as being owned by teams that had ceased to exist 30 years earlier.”

After reviewing all its paper records, the Council decided to keep only 4,000 meters of its original 22,000 meters’ worth of documents. These were indexed and moved to a single off site storage location, to be kept with other existing paper records. To ensure the Council’s staff had ready access to their key documents, the project team scanned about 550,000 commonly used items (with anywhere from one to 500 pages) into the system. Other documents were retrieved as a scan-on-demand service, and an electronic copy was made available via an FTP site and stored in Content Manager, where used. This has allowed the Council to progressively populate its EDMS with those documents required by staff, and avoid the cost and risk associated with moving physical records around London.

The Council piloted its approach with its Human Resources (HR) department. This process amounted to scanning 14,500 HR files in batches of up to 3,000 files each. To ensure that the records were accessible while they were being scanned off site, O’Brien’s team created a list of all the files. It held a duplicate of a barcode number that was placed on each file, which was placed in a numbered box.

“If a file was required urgently, the box in which it sat was moved to the front of the scanning queue, and scanned within 24 hours of request and sent across securely via encrypted email,” says O’Brien. The team followed a similar approach for other departments during the full project, ensuring all teams retained access to their documents during the digitization and storage process. They were also able to provide each department with a complete index of all their records.

One of the most important features of the new solution is the ability to provide tailored views of metadata and search fields for each business unit. It has also been important to use record naming and management conventions that are meaningful and familiar to each team. However, groups like the Council’s content managers and auditors can see all data.

“In the past when an EDMS was rolled out, the records manager told the users how to work,” explains O’Brien. “What we’ve done is tailored the system to the way people work and hidden all the records management stuff in the background in the file plan and metadata. “They all think they’re the only people on this instance of Content Manager, when in fact there are 30 or 40 teams using it. They also don’t get to the situation where they can’t see the wood for the trees because there’s too much information out there.”

While the Council created the Paper Reduction Project to work through its pile of paper records, O’Brien’s team needed extensive support from the departments that owned the material. This input was essential in identifying and classifying records, confirming whether they should be kept or destroyed, and helping to physically move records.

To secure this support and keep the project on track, O’Brien’s team worked with the Council’s Communications team to promote its Bin Scan Store campaign. This included putting up posters around its sites, discussing the program in team meetings, creating a short video and holding events such as Friday afternoon paper clear-out sessions to engage teams. O’Brien believes that the video was a particularly effective way to reach staff.

Camden Council has enjoyed several operational and financial benefits from moving to its streamlined and powerful new records management and technology environment. By removing rather than relocating most of its paper records, the Council could use space in its new premises for offices and community facilities rather than document storage.

“What we know is that building another two floors on our building would have cost in the region of £11 million if we had had to take the paper with us.”

The process allowed the Council to reduce its paper-based records by close to 80% and keep 7% of those records on site. The remaining records are held with one off site storage provider under a competitive 15-year storage contract that includes scan-on-demand services.

The Council has also reduced costs by retiring legacy business systems, and databases and associated servers, as many departments have moved to Content Manager. “Within Housing, Building Control and Planning, for instance, we’ve managed to get rid of all their legacy systems by exporting all the records to Content Manager,” says O’Brien. “We’re just managing everything in one system now.”

Digitizing records has also allowed the Council’s teams to work more quickly, reducing internal costs and increasing service levels for residents. For example, the invoice payment team estimates that they spend 20% less time handling enquiries after moving from storing physical invoices to scanning them. The team can pull invoices up on screen rather than finding them in physical filing cabinets or even the basement, if they are from an earlier year.

“Now, someone says what’s the invoice number and they punch in the invoice number and it’s there instantly. They can also email the person a copy,” he says. “It’s an efficiency of 20% – that is huge when you’re talking about £20,000 to £30,000 a year salaries.” The ability to search for information in PDFs and scanned documents using OCR is also greatly accelerating staff members’ ability to find information.

The process of digitizing the Council’s records has enabled it to improve security around sensitive documents such as those about children with special needs. Digitizing those records and holding them in an encrypted format has reduced the risk of staff losing physical files during external visits with children. It has also made it possible to know who has accessed files and when, and to delete records should they ever be released accidentally.

“While we didn’t have any instances of loss, there was a big question mark over risk there,” says O’Brien. “On the flip side, we also get a complete audit trail of who’s accessed everything, which is a huge improvement to the paper files.” Another feature of the solution is that records can’t be modified once they are stored. Further, the Council has been able to place more than 100,000 documents in a protected legal ‘hold’ status in case they are ever needed for legal purposes.

Content Manager can be used to store very large files, including 3,000 dots per inch scans of A0 documents used by Camden for town planning purposes. “Even using laptops out in the field, they’re still able to zoom right in on these images without them becoming illegible and pixelated,” says O’Brien.

“The last time we did a survey, 83% of users stated that they liked Content Manager. They either gave it a good, very good, or an excellent,” O’Brien reports. “We’ve given them a filing system and people are ticking the excellent box – that’s incredible!”

Staff are actively accessing records and adding about 50,000 new documents to the system each month. Other records are being added automatically through processes such as scanning all mail and distributing it electronically. “It’s a well-used system with 65,000 records viewed per month,” says O’Brien. “It’s easy just to throw everything into a system, but the views tell you if that information is actually being referred to or not.”

Most importantly, the Council has gained a high level of confidence in the system. Content Manager has proved essential to enabling it to successfully complete its Paper Reduction Project and transform its internal working processes.