What is Functional Testing?

Functional testing is a type of testing that seeks to establish whether each application feature works as per the software requirements. Each function is compared to the corresponding requirement to ascertain whether its output is consistent with the end user’s expectations. The testing is done by providing sample inputs, capturing resulting outputs, and verifying that actual outputs are the same as expected outputs.

Some functional testing examples are:

At the end of functional testing, you should have software that has a coherent user interface, a consistent API, and seamlessly integrates with business processes. 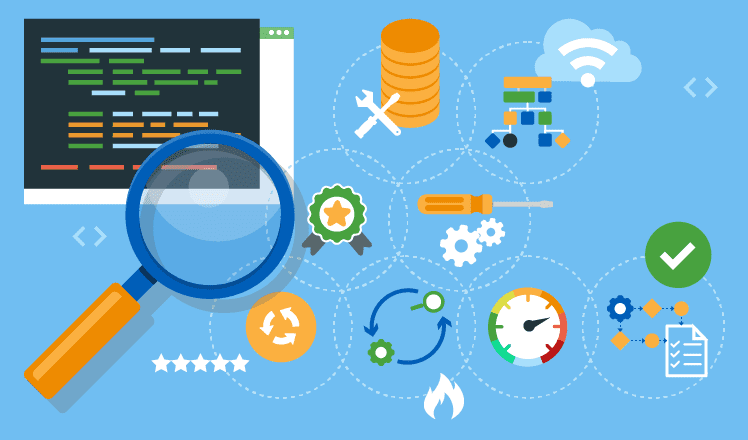 Rather, functional testing focuses on the results of processing and not the mechanics of the processing, and determines whether the application satisfies the basic minimum user expectations.

A functional testing plan usually follows the below sequence:

Functional testing goals are the features the software is expected to have based on the project requirements. Testing goals include validating that the application works as it was intended to, and that it handles errors and unexpected scenarios gracefully.

Develop a list of all possible (or at least all the most important) test scenarios for a given feature. Test scenarios describe the different ways the feature will be used. For instance, for a payment module, the test scenarios may include multiple currencies, handling invalid or expired card numbers, and generating a notification on successful transaction completion.

Create test data that simulates normal use conditions based on the test scenarios you identified. You could enter test data manually (e.g. from an MS-Excel spreadsheet or a printout) or automatically via a script or test tool that reads and inputs the data from a database, flat file, XML, or spreadsheet. Each set of input data should also have associated data that describes the expected result that the input data should generate.

Create test cases based on the different desired outcomes for the test inputs. For example, if you enter an invalid credit card number, the application should display a meaningful error message.

Run the test cases through the application and compare actual outcomes against expected results. If actual and expected outputs are different, the feature has failed the test and a defect should be recorded.

Deliberate On, Track and Resolve Defects

Once a defect is identified, it should be recorded on a formal tracking system that’s accessible to the entire project team. The requisite changes should be made to the application and the test case executed again to confirm resolution before a defect is marked as closed.

Functional test automation tools are able to interact with the user interface of the application under test. They can identify objects on the screen, such as list boxes, text boxes and buttons, and can make selections, enter data, and press them.

Many functional test automation tools include a recorder, which ‘watches’ the user as they interact with an application and its objects on the screen, records the data that they enter into the system, and the actions that the user performs, such as pressing buttons or selecting menus. These actions can then be replayed, using the objects, data and actions captured during the recording, to replicate the user’s activities. The results of these actions are noted by the testing tool, and compared to the expected results defined by the automation engineer to determine whether the test passed or failed.

Functional test automation engineers can build their tests step-by-step using the objects recognized by the tool, or they can start with a recording, customizing the steps and parameterizing the data to generalize it and enable tests to run on different environments, including various browsers and mobile devices.

What are Functional Testing Best Practices?

Don’t wait for application or module coding to be completed before you start creating test cases. It’s in the early phases of the project that user requirements will be freshest. You can always amend test cases later as needed.

Functional testing can be an arduous, repetitive, and time-consuming process. The more you automate, the faster you can ensure desired functionality or identify and correct defects, and the more you save on test time and costs. It may not be possible, or even desirable, to automate all test cases, but just getting the most important test cases off the manual roster can vastly improve your test ROI.

Testers have finite time and resources. Not every feature can be tested. Some application functions are high-priority and must, therefore, take testing precedence over lower priority features.

The new era of test automation is here, with 88% of organizations reporting that Artificial Intelligence (AI) is now the strongest growth area within test activities, in their quest for high quality.

Organizations using AI-powered intelligent test automation within their continuous testing pipeline can test efficiently on any browser, mobile device and form factor, either in the cloud, or on-premises.

Our Solutions for Functional Testing

Discover, design, and simulate services and APIs to remove dependencies and bottlenecks.