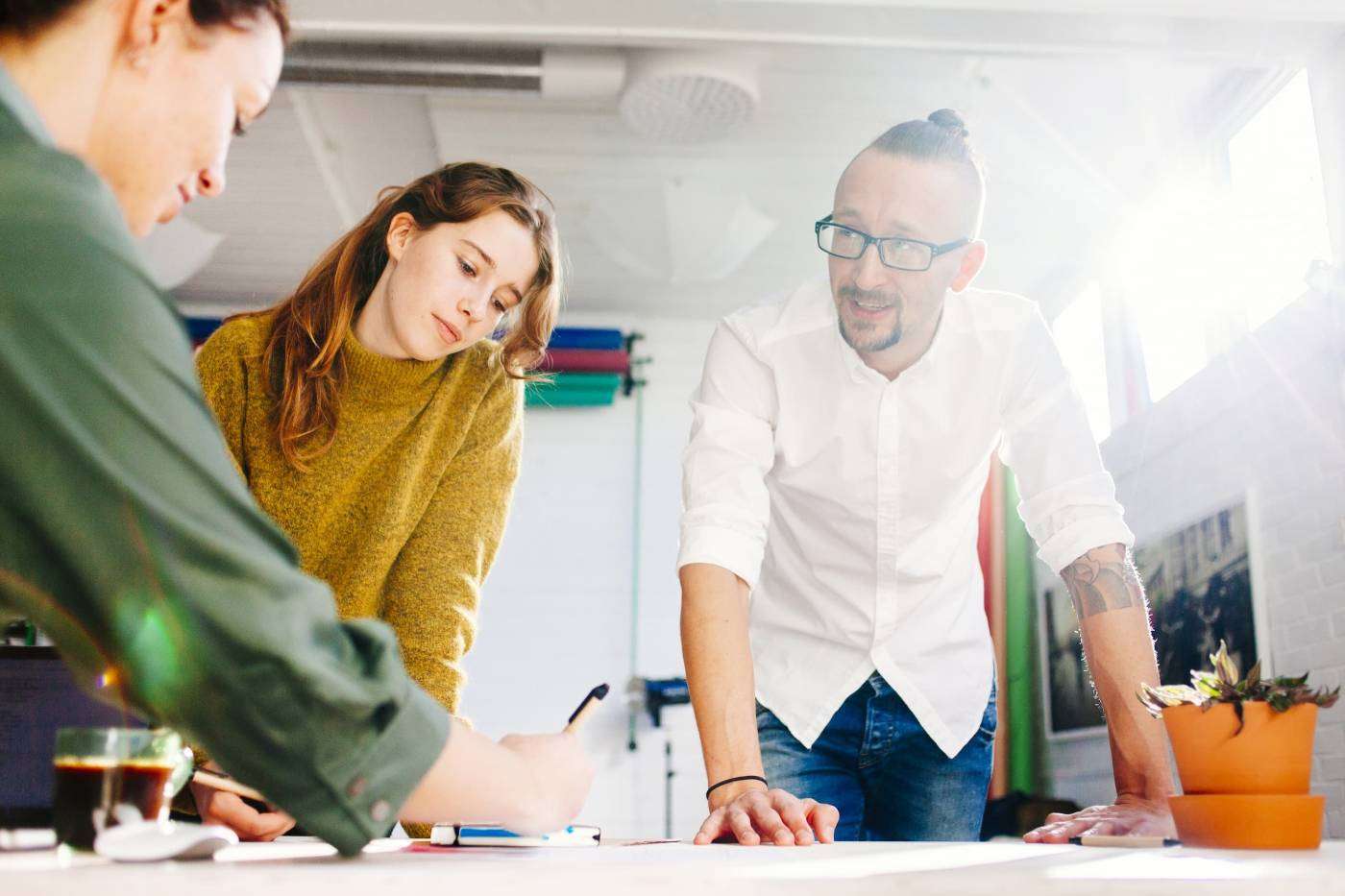 SYNNEX Infotec is Japan’s first foreign-owned IT distributor as an operating unit of U.S.-based SYNNEX Corporation, a business process services company. With the combined group power of the world’s leading IT distributor, SYNNEX, SYNNEX Infotec can quickly procure and provide the latest IT products to their nationwide partners such as system integrators and resellers. Working to continually introduce new products also helps SYNNEX Infotec gain knowledge and insights into cutting-edge IT technologies.

SYNNEX Infotec has more than 200 virtual servers running its business systems. The virtual servers make up several separate infrastructures that are joined by a common backbone system. Due to the expansion and complexity of its virtualized environments, the company began experiencing data protection issues with its previous tape backup approach.

Mitsuyuki Kobayashi from SYNNEX Infotec’s Infrastructure Management Group, Information System Department, points out, “The first problem was a divided backup environment. We had a backup system for each of our two virtualization infrastructures. This led to increased workload because we were doing double the work for setup and media management.”

With the increase of the number of virtual servers, longer backup times also became a big issue.

“The backup process was especially prolonged when performing a full backup,” says Mr. Kobayashi. “Normally the full backup would take from Saturday night to Sunday night and occasionally until Monday morning. With the length of time a full backup took, we began to be concerned about the potential impacts to business performance.”

Mr. Kobayashi adds that using tape backup coupled with a tape library for both virtual servers and physical servers presented yet another problem: “Tape itself degrades over time and may not be able to be used anymore as a result of repeat loading over many years. In fact, there was a case where the data that we needed to recover was not recoverable because of a degraded tape. It was necessary to review other options that didn’t use traditional tapes in order to enhance the reliability of the backups.”

SYNNEX Infotec, an IT distributor that provides state-of-the-art IT products to its partners across Japan, completely revamped data protection for its business systems with HPE StoreOnce disk backup and Data Protector software.

SYNNEX Infotec’s infrastructure management group evaluated alternatives to tape that could integrate backup of virtual and physical environments. With a focus on transitioning to a disk backup environment, the company ultimately chose the HPE StoreOnce 4500 System.

Ryosuke Kawai from the System Design Department, Product Management, and a member of the selection committee with Mr. Kobayashi, elaborates on the reasons for their selection: “The decisive factor in the selection of HPE StoreOnce was its unique deduplication technology. HPE StoreOnce reduces data beyond comparison by enabling deduplication on a file-by-file basis, deduplicating very small data blocks that average 4 KB. I was convinced that we could handle larger amounts of backup data without additional storage.”

Mr. Kawai explains, “The biggest reason to switch software was the optimization of data protection costs. With traditional data protection software, licenses need to be purchased based on the types of CPUs and the number of cores each target server contains. Adding more servers means additional costs are accumulated. On the other hand, Data Protector has data capacity-based licensing. As long as we are within our data tier, we can continue to use as many or as few servers with no additional cost. This difference was greater than we expected. Based on our estimation, switching to Data Protector saves about 60% on our license costs and about 70% on maintenance costs.”

Many companies are not so bold to replace their familiar data protection software due to the differences in functionality and operability, which could require time and effort to re-educate staff on the new system. SYNNEX Infotec didn’t share such concerns with this change.

Mr. Kobayashi notes, “Data Protector compares favorably with so-called traditional software. In terms of operability, I would say that Data Protector is better than others. Conventional software can be used by only a few specially skilled people, and the workload is therefore concentrated on those specific individuals. All of our staff immediately had good command of the system when I tested out Data Protector. Another selling point was that we could break away from depending on specialized people.”

Mr. Kobayashi continues, “Since we had already decided to upgrade to the new model of HPE ProLiant servers for our virtualized infrastructure, having HPE as a single vendor for servers and backup was rather ideal from the viewpoint of stable system operation in the end. Constructing a whole system with a consistent architecture improves management and reliability.”

SYNNEX Infotec proceeded quickly with the storage system implementation so it coincided with the server update. Between October 2015 and January 2016, both the virtualization machines and physical servers were sequentially migrated to the new unified data protection solution.

In this integrated backup environment, virtual server images of mission-critical systems and general business systems are sent through the storage area network (SAN), and file backup data from the physical servers is sent through the local area network (LAN) to the HPE StoreOnce 4500 System. Data Protector software centrally controls the data flow. Integrating operations and management of the two environments into a single data protection solution also reduces workload.

Mr. Kobayashi remarks, “Full backup of virtual server images that used to take more than 24 hours now complete in just 4 hours. Taking full advantage of the characteristics of HPE StoreOnce backup, multiple jobs can be run in parallel to achieve higher performance. We are no longer concerned about a continually expanding virtualized environment affecting our business.”

He also points out that deduplication technology raised the bar in terms of tangible results. “Deduplication made it possible to reduce the footprint of backed up data from 200T B to 11 TB,” Mr. Kobayashi reports. “Deduplication allows for future data expansion and to add additional servers without having to worry about the amount of data. By introducing Data Protector with a data capacity-based licensing model, it is more affordable now to add additional servers.”

The HPE StoreOnce and Data Protector solution has been running smoothly without any issues, and continuously provides high reliability for SYNNEX Infotec business systems.

Building on the Solution for the Future

Following on the success of the unified data protection solution, Mr. Kobayashi is already considering the next deployment.

“I am keeping a close eye on HPE StoreOnce Catalyst for its harmonized deduplication on an enterprise scale,” he says. “We would like to extend the data protection solution and design a configuration that provides backup and disaster recovery for multiple locations.”

SYNNEX Infotec now has added knowledge and expertise in data protection that the company can share with its business partners. Product Management, whose purpose is to provide solutions to its partners, combined resources with the Information System Department during the selection and implementation of the solution.

Mr. Kawai, who was also personally involved in the selection and set up of the system, explains his rational: “When SYNNEX Infotec introduces a new advanced technology, our pre-sales engineers also participate in mastering the systems in order to provide critical know-how and useful information our partners can use to improve their businesses. The knowledge and practical know-how we obtain will be used for sales support and technical assistance to our partners.”

Mr. Shimizu offers his final thoughts: “We realized the value of deploying the [unified Micro Focus and] HPE data protection solution; in particular, the integration of backup environments and the optimization of data protection costs. We will share this experience with our partners to help their business expansions. We would like to continually employ the companies’ new advanced technology and reliable products to address our business challenges.”