Sydex Sports knocks it out of the park with Micro Focus Visual COBOL. 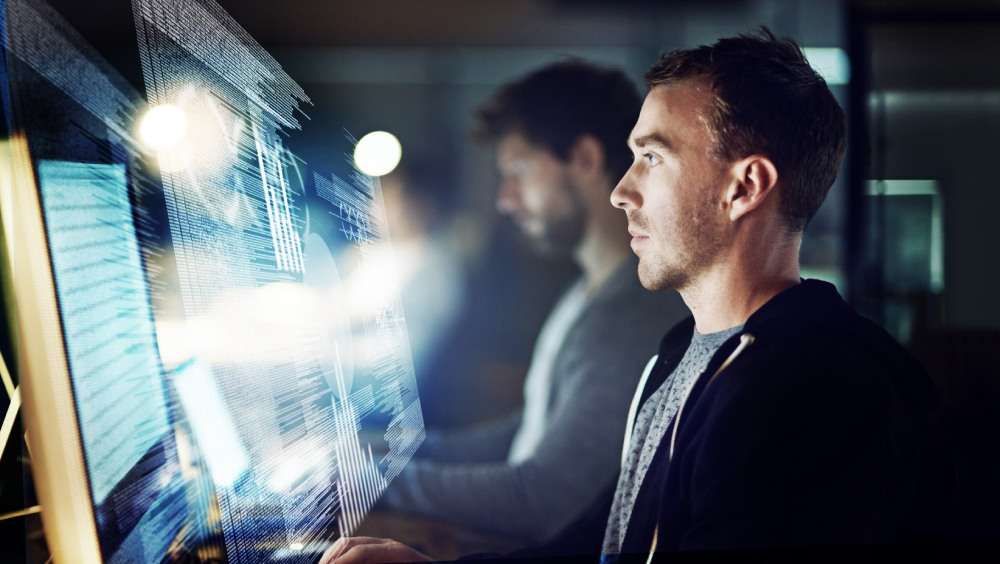 Provide a modern user experience with enhanced analytics and video graphics integration; build web-based solution so that teams can use local and mobile versions. Sydex wanted to reuse its existing code base of over one million LOC and employ creative staff for screen design.

When Mike Phillips, President of Sydex Sports, read the book “Men at work” by George F. Will, back in the 1980s, he realized how uncomputerized baseball was as a professional sport. As a big baseball fan, Phillips had some great ideas that would help the players and coaches be more effective in their game. He was so passionate about this that he founded Sydex Sports and dedicated himself to making his vision a reality. He used Micro Focus COBOL to develop his solution and in 1990 sold the first version of BATS! to the MLB (Major League Baseball). A DOS-based and mouse-driven data analysis application, it was regarded as quite revolutionary at the time. As Micro Focus COBOL matured, so did the Sydex solution with the launch of a graphical Windows application, based on Micro Focus Dialog System, in 1997. When, in 2001, video capture was incorporated into the data analysis, the Sydex solution really took off.

Phillips explains the challenges involved in maintaining a solution for close to 30 years: “By now we have well over a million lines of code in the base system, and it is crucial for us to reuse existing code to move the solution forward. We wanted to modernize the user interface; enhance functionality and the video graphics capabilities; and build new web access so that teams can use local and online versions which will give players and coaches access to information wherever they are, on or off the field. Crucially, we have a small development team and wanted to use our creative staff effectively to help design the user interface.”

Sydex is a family-run software company providing scouting and analytical software solutions to the professional and collegiate sports industry. Sydex has been a long established leader in the field of baseball with 27 major league teams and over 100 minor league affiliates using its software including the Boston Red Sox, New York Yankees and 2016 World Series Champions, the Chicago Cubs.

With video becoming increasingly important, Sydex saw the .NET platform as a way to deliver its next generation solution. Sydex moved from delivering just one video angle per game, to now offering 26 live simultaneous angles for any given game. Massive 20 TB storage systems are housed in stadiums across North and Latin America to accommodate an archive of video files that can be quickly retrieved for pre-, post- or in-game analysis.

This wealth of information is now invaluable to the 27 out of 30 MLB teams using Sydex to store and catalogue vast quantities of data and video for analysis by the team. The application can give the next batter a complete history of his experience against the pitcher. Spot a player using an iPad during the game, and they’re likely to be accessing the same software using a web-based version. The solution is used for scouting purposes as well, giving coaches a very clear history of a particular player.

Phillips comments on the move to Visual COBOL:

“Because we designed the solution carefully from the start, and thankfully chose COBOL as our development language, we were able to make the move to Visual COBOL relatively easily.”

For nearly 30 years this crucial solution has moved all the way from DOS to .NET, the web and mobile device access, providing code reuse throughout its journey. Phillips: “We have been able to use COBOL to adjust to every new hardware and software change that has come along, and as you can imagine professional sports is very leading edge. We keep the same base software, develop what is new and exciting, and it always works.

“The move to Visual COBOL has given us significantly improved graphics and video capabilities; enhanced visualization tools; an online version of the solution; and a much more modern look and feel. The screen modernization was led by our creative design staff resulting in a user-friendly and intuitive interface which our sports clients love.”

He concludes: “Every other development language we used over the years for specialized functions had to be replaced or discarded. COBOL has always endured and this is unbelievably valuable for a business.”